From Quin to Hollywood – ‘The Guns in the Heather’

Who would ever have thought, that in 1969 our quaint village played host to some of the biggest names in Hollywood? I bet you never realised that your neighbour over the road once partook in a Walt Disney adventure film starring Kurt Russell, Glen Corbett and Alfred Burke? Yes ‘Guns in the Heather’ was primarily shot on location in St. Flannan’s College Ennis, Corkscrew Hill, Corofin, Kilfenora… and Quin! 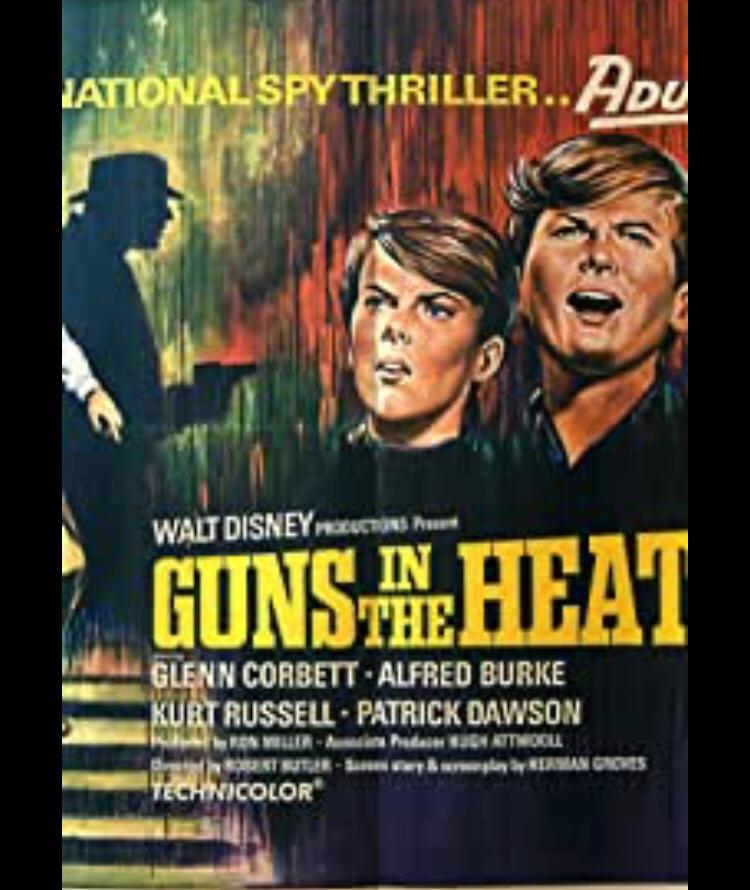 It was based on the novel by Lockhart Amerman and the plot centred on spies chasing an American exchange student, Russell, and his friend Dawson across the land of Ireland to unearth the secret of Boyne Castle Co. Meath. Evidently, vital information concerning the whereabouts of an Eastern Bloc defecting scientist was held here.

To give you but a flavour of the action – the film opens with a car chase as a mortally wounded Irish underworld character is followed by spies. That scene ends on the school grounds of St. Flannans as the ‘baddies’ not wishing to draw attention to themselves, won’t enter the school gates. (Look out for Hubie Armstrong from Cullane in the opening hurling scene). The wounded man seeks an American exchange student, Rich Evans, and with dying breath informs him that he must look in ‘my room at Boyne Castle’. And, so begins a rollercoaster of car chases and espionage.

Barry and Paul Conroy recall how at that time the actors couldn’t stay in their parent’s hotel Ballykilty Manor, as renovations were taking place. A number of scenes were shot on the Manor grounds where the pitch and putt course once stood. Great canvas tents were erected for the camera crew, which doubled up for catering. This was done by the D’Auria family (or Enzo’s as we know them) who came from Ravello in Italy. Thereafter Enzo was a cook for many of Disney’s films. Barry also remembers the excitement of filming as a car was burnt out on their avenue!

Can’t you imagine the talk in the local pubs that night! 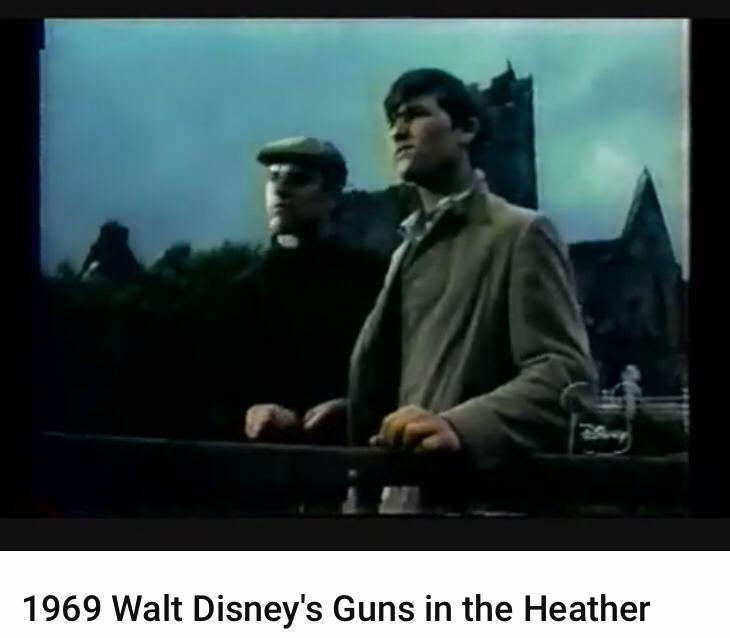 The scene pertaining to Quin concerns our main actors arriving to the village, having spent hours outrunning their pursuers. There’s a wonderful cinematic shot looking through the eye of the bridge towards Quin Abbey, as hungry and cold we observe them as they cross a wooden bridge from the Abbey side. They make their way to Marlborough’s house on the main street and here they steal a steak and kidney pie that’s cooling on the windowsill – but they are decent boys as they leave the price of it. The attached photo taken after filming ended, shows Kieran, Barry and Paul Conroy standing on the wooden structure that was created for the film. Paddy Hassett (R.I.P.) may be standing to their right with another boy.

Locals Pat Henchy and Mary Halpin were chosen to partake as ‘extras’ in the film. Pat was just fifteen years old when on a Sunday afternoon he attended Quin hall for an audition. They were recruiting local people as extras and he thought it might be ’a bit of an adventure’. A number of other locals were also in attendance, and Pat remembers he gave in his details and was subsequently called up. He has happy memories of going to the railway station in Ennis and boarding a train with the other ‘extras’. Their journey eventually brought them out to the tailrace at Ardnacrusha power station (built in 1929). He sat on the train for the duration of the trip and home again – and did so for three to four days as filming took place on the train’s carriages. As part of the action, two men had to jump off the train while it was in motion – thus the ‘extras’ were needed to make the scene look authentic.  All the ‘actors’ were fed in Ardnacrusha and the catering was out in the open. He recalls sitting in a carriage with a woman called Leslie Mc Crum, whose husband was manager of Braid’s factory in Ennis. Pat was paid some money, ‘it was a lot more than I’d get on any other day’. Many months later he went to see it in the Gaiety cinema in Ennis, and recalls how the patrons burst into laughter as an aerial shot in the opening scene showed a Clare County Council steamroller grace the screen.

Mary Halpin too remembers that time fondly, “I met Kurt Russell and had a few words with him in the Old Ground Hotel.” She even earned the nickname ‘the model’ (she claims Malachy christened her) as a result of her days acting in ‘The Guns in the Heather.’ She was sorry when it ended after a few weeks.

It’s a film of intrigue and suspense and you will be captivated by the scenes from Sixmilebridge, Kilkishen and Quin. One to watch over Christmas!

Visit YouTube and search for ‘The secret of Boyne Castle’ uploaded by Chris Johnson. 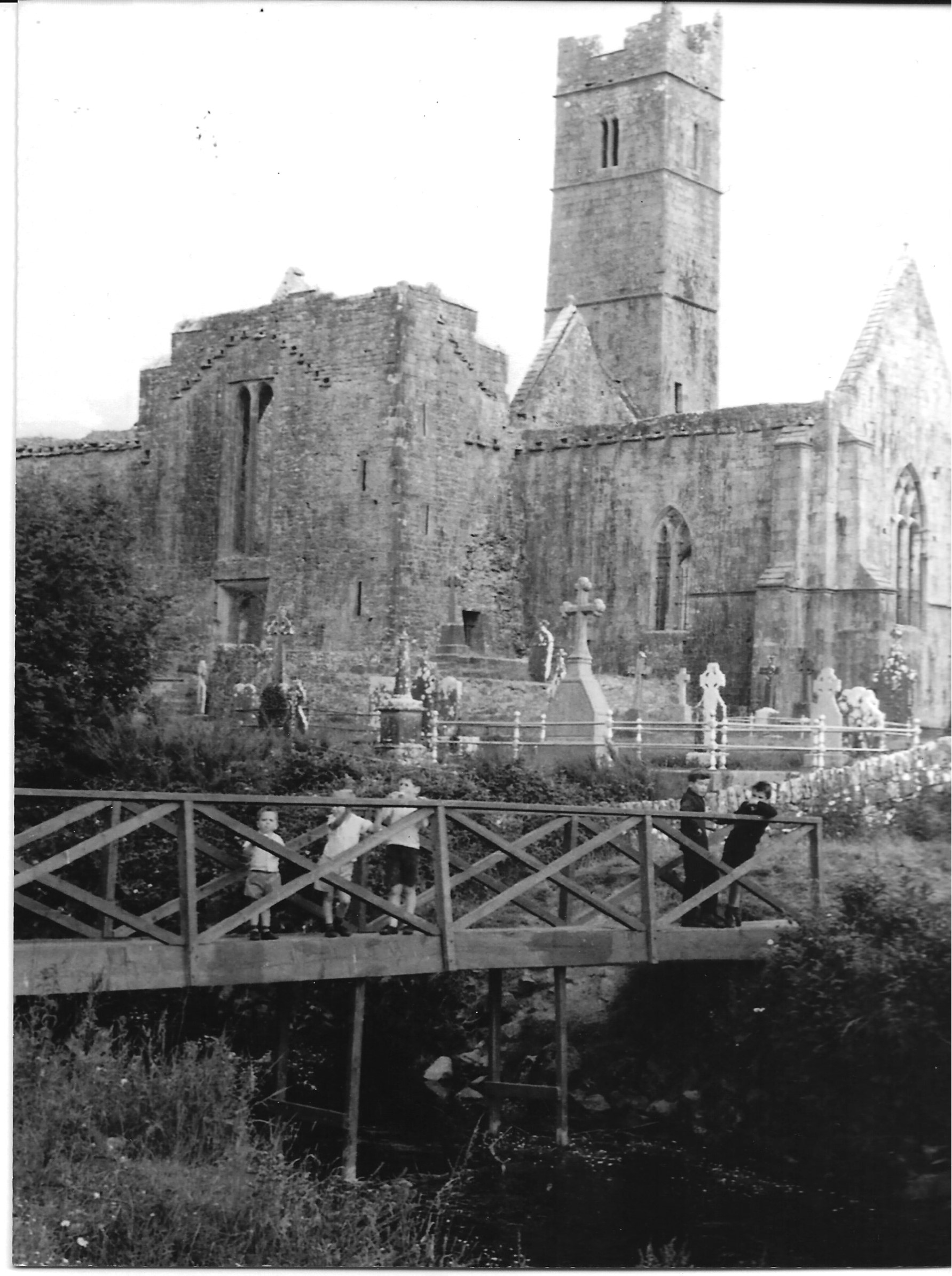