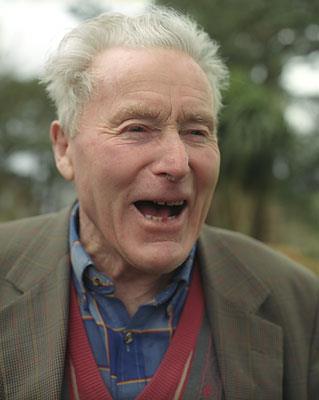 When Robbie McMahon sings “Spancil Hill”, it all falls into place. There have been so many versions of this powerful ballad that it becomes easy to forget who was there first.

Spancil Hill is a small cross-roads on the road between Ennis and Tulla in East Clare.

In 1870, a young man from the neighbourhood called Michael Considine took leave of his childhood sweetheart Mary McNamara and voyaged for America. It was his intention to earn sufficient money to enable Mary to join him in due course.

Tragically Michael fell mortally ill in California and died in 1873. Before he passed away, he wrote an extraordinary poem, dedicated to Mary, which he posted back to his 6-year-old nephew John in Spancil Hill. The poem began:

Last night as I lay dreaming of the pleasant days gone by,

My mind being bent on rambling, to Erin’s Isle I did fly.

I stepped on board a vision and sailed out with a will,

Till I gladly came to anchor at the Cross of Spancil Hill.

Fast forward to 1943 and 16-year-old Robbie McMahon is enjoying a musical evening with friends. Moira Keane, the woman of the house, calls him aside and shows him Considine’s words. Robbie reads them, clears his throat and then unleashes his unique rendition of the now immortal ballad. Amongst those listening is an old man by name of John Considine, nephew of the author himself.

The past resurrects itself as we walk around Robbie’s farm and he points out the cottage where ‘the Taylor Quigley lived’, not to mention ‘Mack the Ranger’s daughter’ (aka Mary MacNamara) and the Considines themselves. Back at the house and our bellies full of hot tea and soda bread, we are treated to the spectacle of Robbie belting out all eleven verses of the ballad. The sky outside is black and wet. Robbie’s voice is spine-rattlingly hypnotic, like pebbles skittering across the water. As verse after verse sets sail from his lips, the epic, entrancing effect is heightened by the persistent rat-a-tat-tat of his palm on his thigh.

Not a lot goes on in Spancil Hill these days but it’s where Robbie has always lived. He is the third youngest of eleven children. His father was a farmer from the Clooney parish outside Ennis. His mother hailed from Crusheen, a village on the Clare – Galway border. Aside from a sister who died young, the family grew up close and happy. Robbie was a passionate hurler and loved the music. ‘The whole lot of us could sing’, says Robbie. He was always the mischief maker of the family, ultimately providing him with the title for his album ‘The Black Sheep’.

There can be little doubting Robbie’s legendary status in the world of traditional Irish music. With his 80th birthday looming into sight, he maintains plenty enough sparkle in his eyes for radio stations and billboards to delight in announcing his anticipated presence at festivals throughout the west. The awards and acclamations have been rolling in at least since 1956 when he won his first All-Ireland title for singing. He recalls the subsequent evening with a hearty laugh – a raucous session of pints in Duggan’s and an old man growling ‘why can’t you sing like your father’. He has since won a further sixteen All Ireland titles for both singing and lilting. “The Fleadh down in Ennis”, his anthemic song about the 1956 Fleadh Ceol, is nearly as well known as his rendition of ‘Spancil Hill’.

During the 50s, 60s and 70s, Robbie spent several months at a time touring dancehalls, theatres and pubs across the British Isles and North America. ‘There was a group of about twenty of us that would go around. Musicians and maybe a story-teller or two. I always did the solo’. There is something particularly wonderful when this quiet Clare farmer recounts memories of Montreal, Minnesota, Detroit and New York. His eyes have taken in a good deal in their time.

He revels in his role as guardian to Considine’s ballad. ‘How many times have I sung it? Well, it must be getting close to ten thousands times?’ One senses he’s never far from breaking into a lilt. He frequently cracks jokes, some hilarious, a few unprintable. His anecdotes are filled with memories of the greats – Willie Clancy, for whom the Miltown Malbay Festival is named; the Pecker Dunn who sang about “The Myxomatosis Rabbit”; the concertina Chris Droney; the Tulla Céilí Band; Willie Keane of Doonbeg and so forth.

But for all that he is a bashful, modest soul and he actually blushes when recalling the time in October 2002 when he came home to find his entire community turning out for a weekend of traditional singing in his honour. ‘I saw thousands of cars parked everywhere and I wondered what was it all about!’

Robbie is married to Maura and has four children, two of whom now live in New Zealand. He goes for a walk every day, lilting as he strolls, his dog Macko running ahead, across the land he inherited from his father. Robbie leases the farm out now but retains a small patch for growing vegetables – carrots, onions, potatoes and parsnips. On occasion he will venture to the pubs in the county to hear a session and ‘I suppose I might sing “Spancil Hill” again if they ask me’.

The legend that was Robbie McMahon passed away on 13th December 2012. He was buried in Kilraghtas Cemetery, following a funeral mass at Clooney Church.

All four ‘Vanishing Ireland’ are available via Amazon.

Last night as I lay dreaming, of the pleasant days gone by,

My mind being bent on rambling and to Erin’s Isle I did fly.

I stepped on board a vision and sailed out with a will,

‘Till I gladly came to anchor at the Cross of Spancilhill.

Enchanted by the novelty, delighted with the scenes,

Where in my early childhood, I often times have been.

I thought I heard a murmur, I think I hear it still,

‘Tis that little stream of water at the Cross of Spancilhill.

And to amuse my fancy, I lay upon the ground,

Where all my school companions, in crowds assembled ’round.

Some have grown to manhood, while more their graves did fill,

Oh I thought we were all young again, at the Cross of Spancilhill.

It being on a Sabbath morning, I thought I heard a bell,

O’er hills and valleys sounded, in notes that seemed to tell,

That Father Dan was coming, his duty to fulfill,

At the parish church of Clooney, just one mile from Spancilhill.

And when the sermon ended, we all knelt down in prayer,

In hopes for to be ready, to climb the Golden Stair.

And when back home returning, we danced with right good will,

It being on the twenty third of June, the day before the fair,

Sure Erin’s sons and daughters, they all assembled there.

The young, the old, the stout and the bold, they came to sport and kill,

What a curious combination, at the Fair of Spancilhill.

I went into my old home, as every stone can tell,

The old boreen was just the same, and the apple tree over the well,

I miss my sister Ellen, my brothers Pat and Bill,

Sure I only met my strange faces at my home in Spancilhill.

I called to see my neighbors, to hear what they might say,

The old were getting feeble, and the young ones turning grey.

I met with tailor Quigley, he’s as brave as ever still,

Sure he always made my breeches when I lived in Spancilhill.

I paid a flying visit, to my first and only love,

She’s as pure as any lilly, and as gentle as a dove.

She threw her arms around me, saying Mike I love you still,

She is Mack the Rangers daughter, the Pride of Spancilhill.

I thought I stooped to kiss her, as I did in days of yore,

Says she Mike you’re only joking, as you often were before,

The cock crew on the roost again, he crew both loud and shrill,

And I awoke in California, far far from Spancilhill.

But when my vision faded, the tears came in my eyes,

In hope to see that dear old spot, some day before I die.

May the Joyous King of Angels, His Choicest Blessings spill,

On that Glorious spot of Nature, the Cross of Spancilhill.