St. Finghín’s Church(CL042-02703)on the bank opposite to the Friary on the River Rine is several centuries older than its sister building. It is in a reasonable state of preservation, though the north wall has long since been lost. Both the interior of the church and the area around the church are now filled with graves (CL042-02704).Its main features are the remains of a moulded window in the south wall and a thirteen-foot-wide opening in the east gable.  A square tower sixty feet in height was built in the 17th century at the corner of the west gable, with a low door opening into the church. Careful scrutiny will show the presence of two heads beneath the tower string. 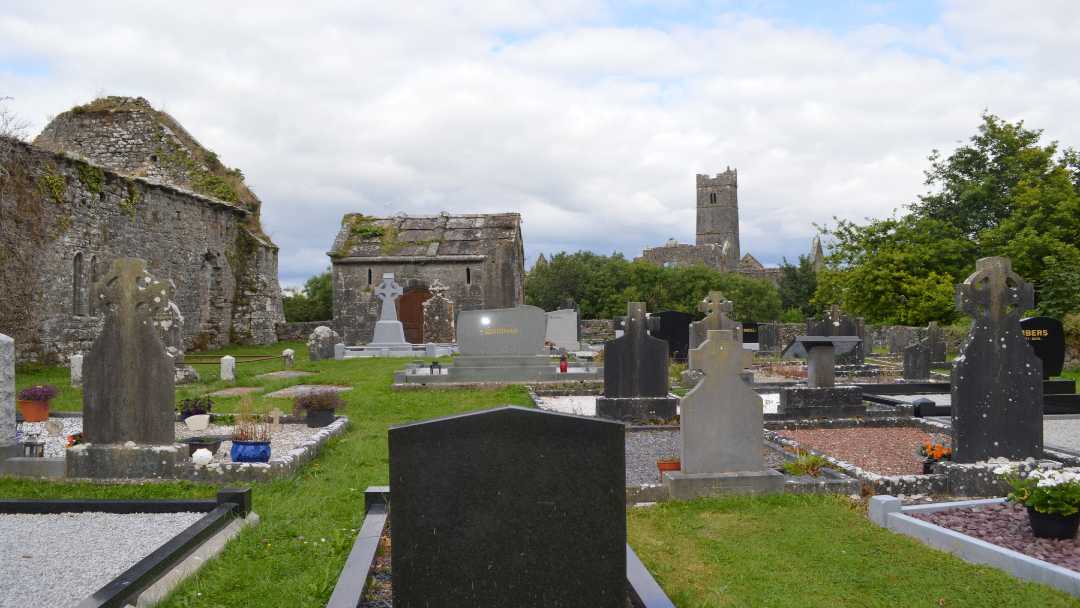 The Annals of the Four Masters state that St. Finghín was the patron of Quin parish. In 1005 Finghín of Roscrea, who may have been the same individual, died. O’Hanlon’s in his Lives of the Irish Saints, places his feast day as the fifth of February.

The foundation of Finghín’s Church is not known. Some documents and a few architectural features would suggest the early thirteenth century. The Four Masters recorded that the church was rebuilt by Thomas de Clare after it had been burned over his soldiers by the O’Brien’s in 1278. In the absence of hard facts, local folklore stated that ‘The old parish church of Quin stands at the other side of the stream (Rine). It is called Teampall Finnín from Finnín Mac Conmara, and was built in one night by the angels’.[1]

An architectural article from 1908 recorded that ‘The old church is a plain rectangle about 79 ft. by 27 ft., not divided into nave and chancel: a small square tower stands at the south-west corner. Though the walls are mainly of early thirteenth century date, several later features have been added, such as the battering buttresses at the east end, and the tower. In the last century it fell into ruin.’To the south of Finghín’s stood a small Church of Ireland chapel in use until the late 19th century. Due to lack of use, the building was removed in the 1960’s.

Though somewhat overshadowed by Quin Friary, Saint Finghíns is a venerable church, still treasured by the local community.[1][i] 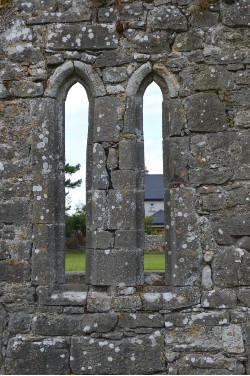 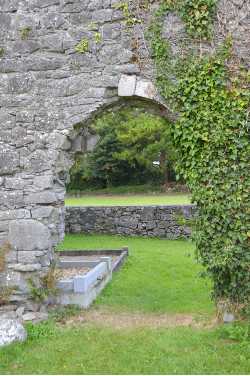 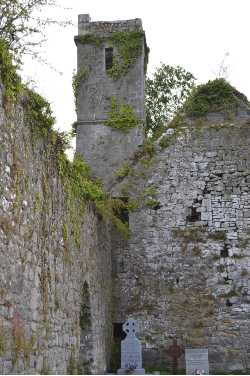 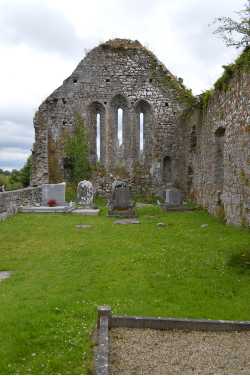 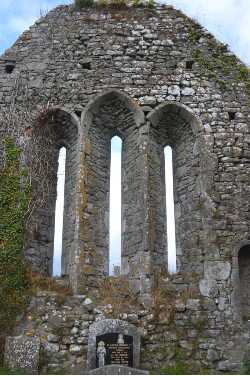 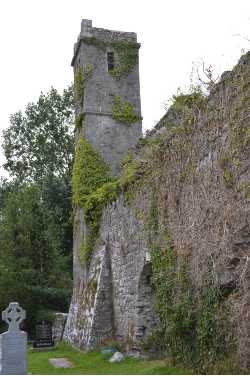 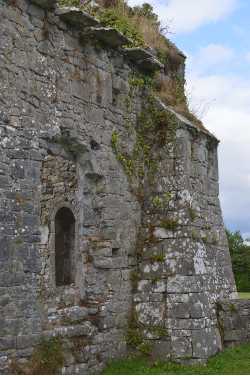