As we draw towards Halloween here is a story, appropriate to the season, based on one of Quin’s wells at Ballymacloon. This is probably the well at Ballymacloon East that also contains a cillín. The well told story was recorded in the 1930’s in the Clooney school collection,from Michael Clune. ‘There is a well in Ballymaclune (Ballymacloon)Hill which has this strange feature that it fills up in summer and gets lower and lower in winter. There are underground passages leading from the well under the hill. 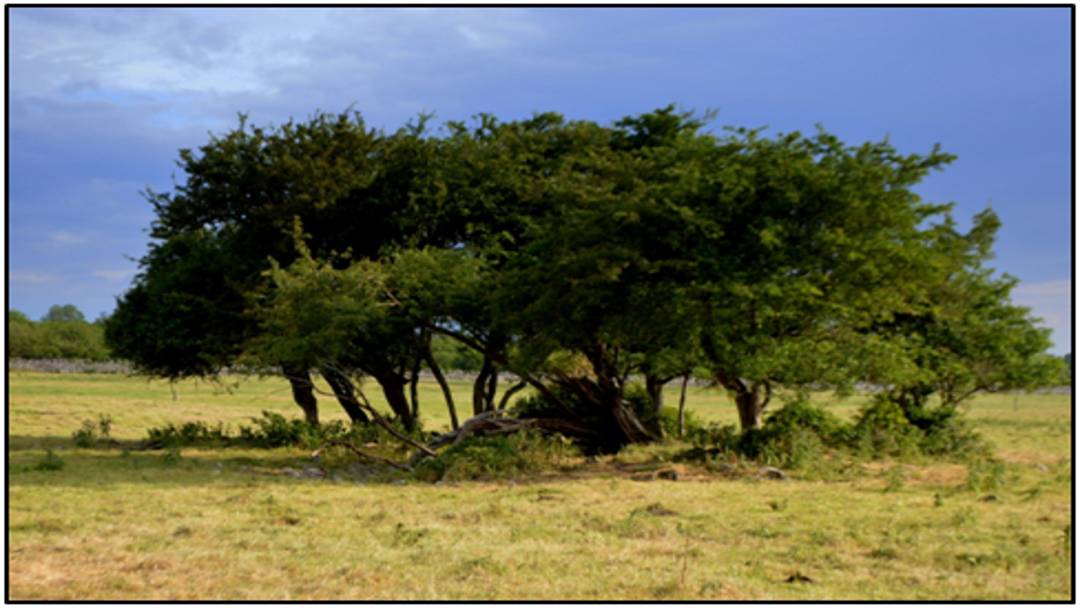 It is said that in older times a young man of the wealthy class fell in love with a beautiful maiden of humble extraction, she in her innocence losing her heart to him.

Although warned again and again to “beware” of the gentleman of the upper class and to select a lover from the many excellent young men of her own humble station. They were deeply grieved that she should have set her heart on a rich man and on a man who was bound to prove false to her. Still she persisted in her attachment to the young man.

The courtship went on for many years until a rich heiressarrived at a neighbouring “Big House.” He at once forsook the humble maiden and proposed to the heiress, who accepted. He married her within a few months.

The young maiden was heartbroken, took no interest in anything, never joined in the local amusements, never went to fair or pattern, or took part in the crossroaddances, became moody and silent and went about her work as one in a dream.

On a cold wintery day she went to fetch water from the well. As it was winter the well was almost up to the brink. Before filling her pitcher, she sat on a little seat, where many a time she sat with her false lover. As she sat she thought of many happy hours, now gone forever,that she had by the brink of their little well. The sad reflections made the tears flow copiously and as they flowed down her cheeks they mingled with the waters of the well. The waters of the well began to rise and overflowed the banks and swept the sighing maiden off through the underground passages to the happy landfar beyond the hill.

Often on dark winters nights when the wind is howling, the sad cry of a lonely maiden is borne on the breeze from the blackthorn bushes that surround the well,and when it is heard people say another true hearted maiden is forsaken

When her friends came to the well to seek her, they found no tidings of the maiden, but to their surprise, found, although it was winter, that there was very little water in the well. They searched up and down, high and low, here, there and everywhere, but got no trace of the maiden. At last they “made out” that she was “taken “by the fairies and gave up the search.

The waters mixed with the tears of the dying maiden never came back that winter or any winter since the day she was swept from the banks through the underground passage to the land where faithful lovers are always found.

The false lover was now married several months, and to all appearance seemed to be enjoying life to the full. His wife was everything that could be desired. They spent their time attending receptions, meetings of every kind and hunting. Time passed pleasantly for them.

Urged with rage he spurred his horse for the river. The horse sprang but fell short of the bank, throwing the rider against the sharp stones of the bank.He was seriously injured and when help arrived he was placed on a little waggon and driven to the guest house in Quin Abbey, which at that time was the nearest place to get medical assistance. When on the waggon he began to cry that he was suffering from a raging thirst and that he wanted to drink at Ballymaclune Well. His attendant told him that his thirst would soon be quenched as their way to Quin went by the well.

So eager was he to get the water, that as soon as he came within sight of the well and before he could be stopped,he sprang from the waggon, and made for the well. Now it was summer time and the well, being low,he stooped down to quench his thirst, No sooner did he touch the waterthan the waves of water rushed out of the underground passages and drowned him and overflowed the banks of the well so that the attendant fled in terror. Next day his dead body was taken from the well.Ever since, the waters come out in summer and recede in winter.