Tommy Murphy Maghera – A man for all seasons

Siobhan O’Sulivan had the absolute privilege of spending a lovely couple of hours in conversation with Tommy a number of years ago. Sadly, Tommy passed away in 2009. May he rest in peace. 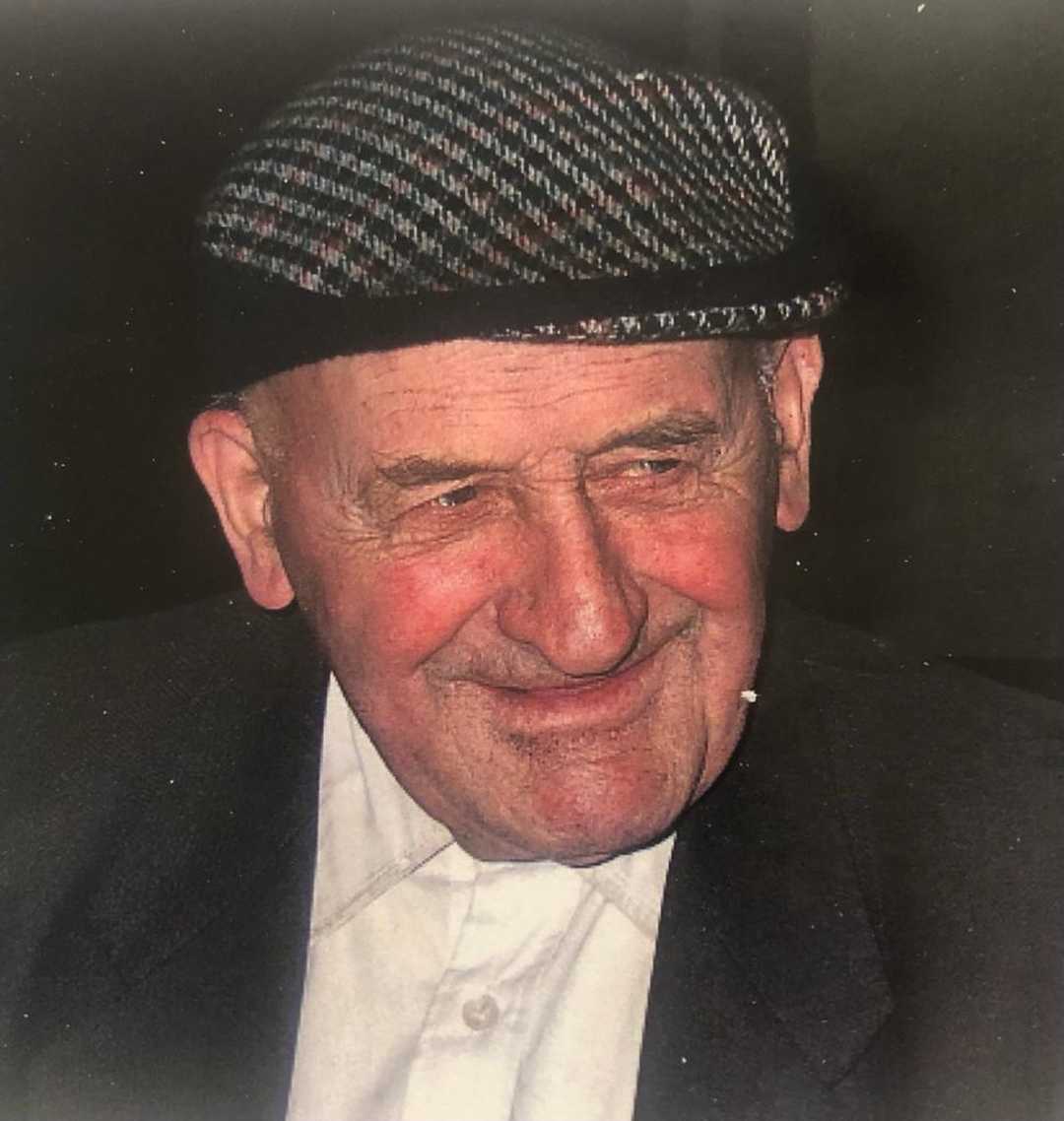 Tommy was born in 1915 in Maghera into a house that was renowned for the ‘cuaird’ or nightly visit of neighbours. They danced until the early hours of the morning and he remembers being sent to purchase half barrels of stout for the occasion. Of course, the ladies would drink only tea.

He was a thatcher by trade, being taught by Dinny Murphy, and thatched his way around Clare – from Crusheen to Ballyvaughan – cycling to his destination.

It took him four days to learn his trade, ‘I’d put up two strokes, and I’d get a bucket of water, I’d get a big stick and hit it’. He often had to borrow a horse and cart upon which he positioned a ladder to reach the highest point of a roof. He’d thatch a house in two weeks typically – getting ten bob a day.

As a young lad of eighteen, he made money selling potatoes and turnips for sixpence a stone in the Turnpike in Ennis, ten bob for a creel of turf and a pound for timber.

He recalls the building of the Church in Maghera when he brought the stone from Hazelwood on horses.  Two thousand punt it cost in 1929, with dances held in the local school to raise the money.

Incredibly, Tommy smoked since he was a child in primary school, but that didn’t impede his labour in the bog, ‘I was able to keep two men going’ he proudly declares. He also cut turf for nine pound a week and cut an acre of oats in five hours.

An abiding memory is three members of the I.R.A. hiding in his father’s ‘safe’ house from the Black and Tans who “were no fun”.

I draw his attention to a picture on the wall of himself driving an ass and cart. He tells me he was after buying two bonhams at a fair, and is sitting on the box which he nailed, as the bonhams were inside! He bought them for five pound and sold them for six a month later. I enquired as to whether or not he ever thought of marriage, “I think I’d be dead long ago if I’d got married!” I bid him farewell, “God bless you” he replied….